Both PlayStation 4 and Xbox One are good options for those people who want to play thousands of games. Xbox One, meanwhile, could be a special game console as it delivers unparalleled load times, visuals, responsiveness, and frame rates up to 120 FPS. On Xbox One, you can enjoy play over 100 high-quality games.

1) Power your Xbox One on and go to the home screen.

2) On your home screen, scroll down until your see Browse Apps and select it.

3) Then use the search feature to input Amazon Music and find it on your Xbox One.

4) Once you’ve found the app, enter into its store page and press the Install button.

5) Go back to My Games & Apps and select the Apps category from the left side of the screen.

Part 2. How to Use Amazon Music on Xbox One via Web Player

1) Power your Xbox One on and press Xbox on your controller to access the side menu.

2) Navigate to the My Games and Apps tab and select See all to browse all apps installed on your Xbox One.

3) Scroll all the way to the right until finding Microsoft Edge and click it to launch the browser.

5) Sign in on your Amazon Music and select an album or playlist to play on your Xbox One.

Part 3. How to Play Amazon Song on Xbox One via USB Drive

2.1 What You Need for Amazon Music on Xbox One

In fact, all songs from Apple Music are restricted by encryption technology, thus not allowing you to export Amazon Music tracks to any other device without permission. Whereas, thankfully for Tunelf Amatune Music Converter, you can remove the limit on Amazon Music and download Amazon Music to a USB flash disk for playing on the Xbox One.

2.2 Play Amazon Prime Music on Xbox One from USB

Given below are instructions on how to break the encryption and convert an audio format compatible with Xbox One. Just click the Download button in the above box to install the tool and start to convert Amazon Music songs to MP3.

Start by launching Tunelf Amazon Music Converter on your computer then click the Sign In to log in to your Amazon account. Click on the Menu bar, and select the Preferences option to start to configure the output audio parameters. There are six audio formats, including MP3, AAC, FLAC, WAV, M4A, and M4B, for you to choose from. From there, you can change the bit rate, sample rate, and channel.

Head to the homepage of Amazon Music and start to browse songs, and then select the desired albums you wish to download. Once you open an album and tap the yellow Add button suspended on the right side, you’ll be presented with the list of songs. To add the desired songs to the conversion list, you just need to check the box next to the track you want to download.

Click the Convert button on the bottom right corner, and Tunelf Amatune Music Converter will automatically download and convert Amazon Music tracks to the default folder on your computer. When the conversion process finishes, you can browse all the converted songs in the history list by clicking on the Converted icon. And now you’re prepared to stream your Amazon Music songs through the Xbox One.

Step 4 Listen to Amazon Music on Xbox One

Xbox One is a streamlined dashboard designed to get you into the games and entertainment you love quickly. It’s a great experience to listen to your favorite tunes while playing video games. If you aren’t already initiated in this ritual, you could read this post carefully and start listening to Amazon Music on Xbox One. 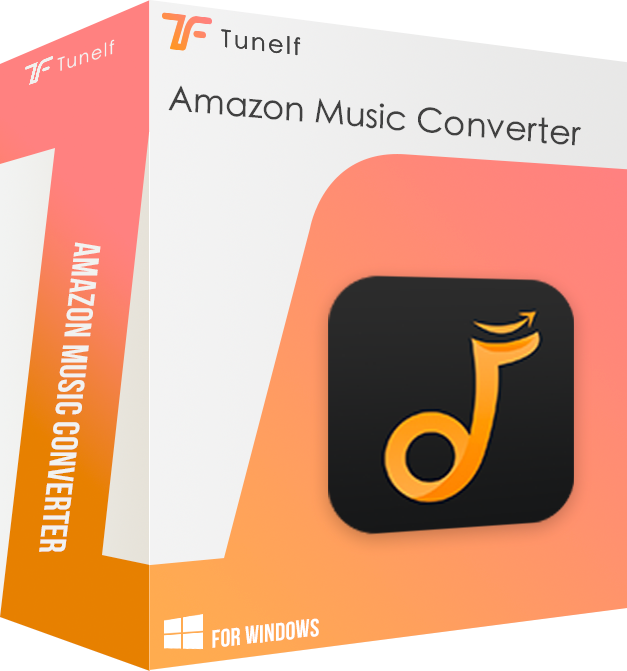 The line at the bottom of the screen of the Amazon Music app on the Xbox One is gone. I figured out most of the buttons on the Xbox One controller, but I can’t figure out how the shuffle the purchased music I hope some on can help?