Q: “When will Deezer release an app for Apple TV? How to play Deezer on Apple TV? We’ve been asking for years but there’s no straight answer. Please be honest or should we just migrate Deezer to Apple Music for a more seamless experience?”

Part 1. How to Stream Deezer to Apple TV via AirPlay

Compared with Apple Music, Deezer has more collections because Deezer has over 100 million playlists. That’s why lots of users choose Deezer for playing music. However, Deezer is not available for Apple TV. It doesn’t matter. You can access this streaming service on your iPhone, iPad, Apple Watch, and Mac. To play Deezer through your Apple TV, you can make use of AirPlay. Follow the steps below to AirPlay Deezer to Apple TV.

1. Power on your Apple TV and connect your iPhone and Apple TV to the same WiFi network.

3. Go to browse your music library and select any music track or playlist you want to listen to through Apple TV.

4. Tap Audio Settings from the playing screen and under Devices, choose AirPlay & Bluetooth.

5. Select your Apple TV from the list of available devices and you’ll listen to Deezer through Apple TV.

1. Make sure that your Apple TV and Mac are connected to the same WiFi network.

2. Click the AirPlay icon on your Mac’s home screen and find Apple TV from the AirPlay To section.

4. Open the Deezer web player in a browser and log in to your Deezer account then start playing your favorite songs.

Part 2. Best Method to Listen to Deezer on Apple TV

The AirPlay feature enables you to stream Deezer from your iPhone, iPad, or Mac to your Apple TV. But for most users, it’s inconvenient to do that as not everyone has another Apple device. There is an alternative way for you to play Deezer music on Apple TV. That is to download songs from Deezer using a Deezer music downloader. Then you can enjoy Deezer songs on Apple TV instead of using the Deezer music app.

To download unprotected Deezer songs, Tunelf Deezer Music Converter could be a great helper. It is developed for all Deezer users to download and convert any track, album, playlist, audiobook, and podcast from Deezer to six popular audio formats. After exporting Deezer songs to your computer, then you can freely play them on your Apple TV. Here’s a step-by-step guide on how to download Deezer songs by Tunelf software.

Launch Tunelf Deezer Music Converter on your computer, and the Deezer music app will be opened automatically. Start to select songs or playlists you want to listen to on Apple TV. Then copy the music link and paste it into the search bar on the converter. Click the + button to load the songs into the conversion list.

The settings window of the output audio can be opened by clicking the menu bar and selecting the Preferences option. In the pop-up window, you can select MP3 from the available formats as Tunelf supports six output formats such as MP3, AAC, M4A, M4B, FLAC, and WAV. Also, you can set the bit rate, sample rate, and channel.

Click on the Convert button to download songs from Deezer. Tunelf software will soon save those downloaded Deezer songs to your required format files and you can view them in the history list by clicking the Converted icon. It will take some time to complete the whole conversion as it depends on the number of Deezer songs you’ve added.

A: Deezer is not available for Apple TV now. And you can only access Deezer on your iPhone, iPad, Apple Watch, and Mac.

Q2. Can I listen to Deezer for free?

Q3. How to stream Deezer to Apple TV?

A: To get Deezer on Apple TV, you can use the AirPlay feature or download Deezer songs via Tunelf software.

Although Deezer is not available for Apple TV, you can play Deezer songs on Apple TV by using other methods. The AirPlay feature enables you to get the playback of Deezer on Apple TV. For a better experience, you can use Tunelf Deezer Music Converter for playing Deezer on Apple TV. 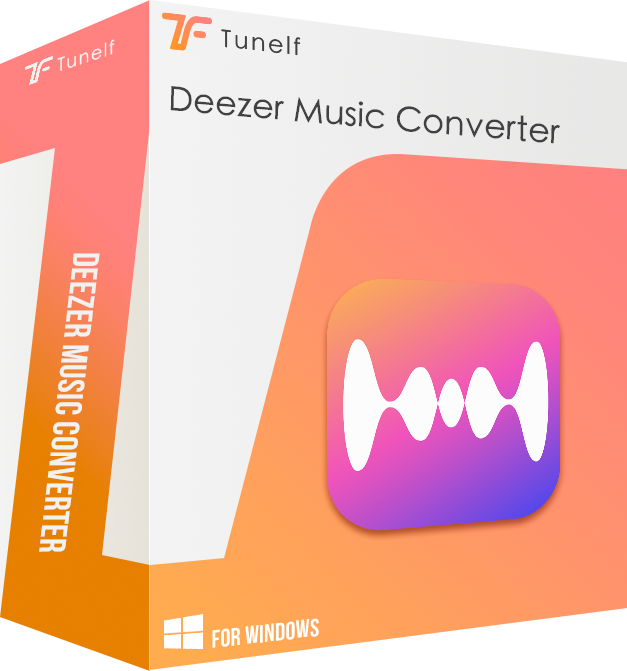